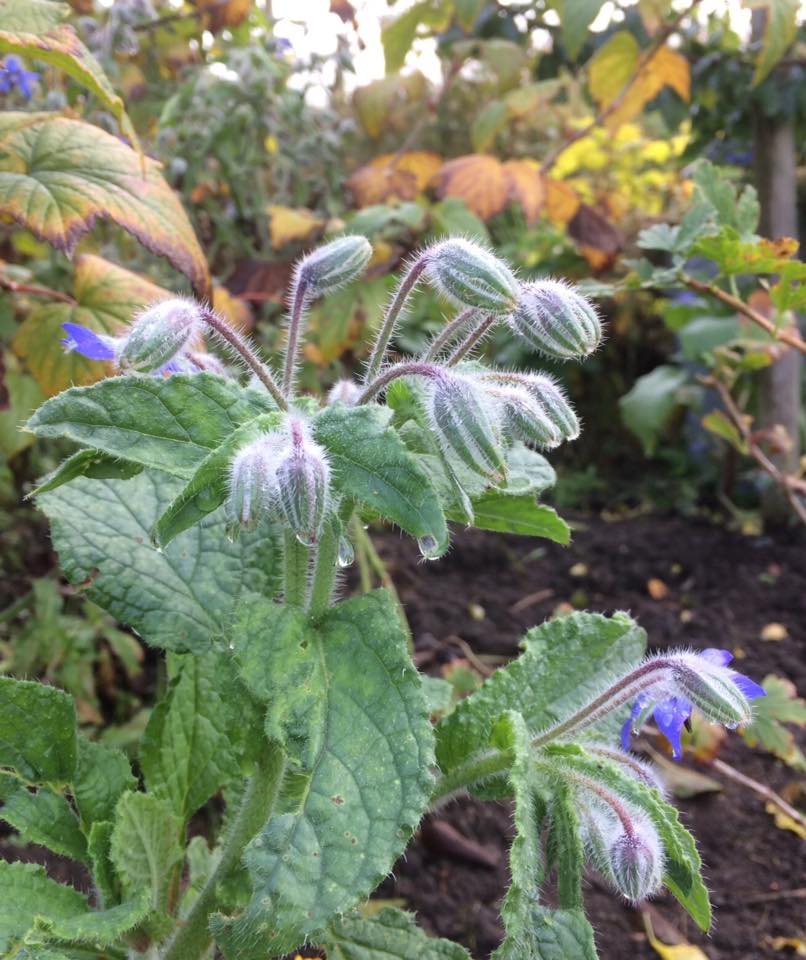 I’m really enjoying seeing these these end of summer flowers, the strong colours and shapes seem even more intense than usual against the backdrops of brown and dark greens. Borage is in the same family as comfrey but medicinally the plant is used in some quite a different ways. It was traditionally held that Borage would give courage and comfort to the heart and that if a woman added a little borage to a potential suitor’s drink, it would give him the courage to propose to her! The Romans liked to combine borage tea with wine prior to going into battle, as it was believed to raise the spirits and fortify them for the long fight ahead. Nowadays we continue to use this herb to support the adrenal and nervous system, especially as our stress response is often heightened by our style of modern living.

It is a herb I often prescribe for conditions such as ME and Chronic Fatigue Syndrome as it is a gentle restorative and can lead to increased energy levels and a corresponding decrease in pain. Like Evening Primrose oil, which I wrote about yesterday, Borage seed oil contains gamma linoleic acid (GLA), and in a much higher quantity too. It is therefore beneficial for many of the same conditions as Evening Primrose oil, namely eczema, menstrual problems and the menopause, as well as providing pain relief for other conditions. Commercially the oil is marketed as Starflower Oil which probably sounds and sells better than the humbly named Borage, and is perhaps an apt name for such a beautiful flower.