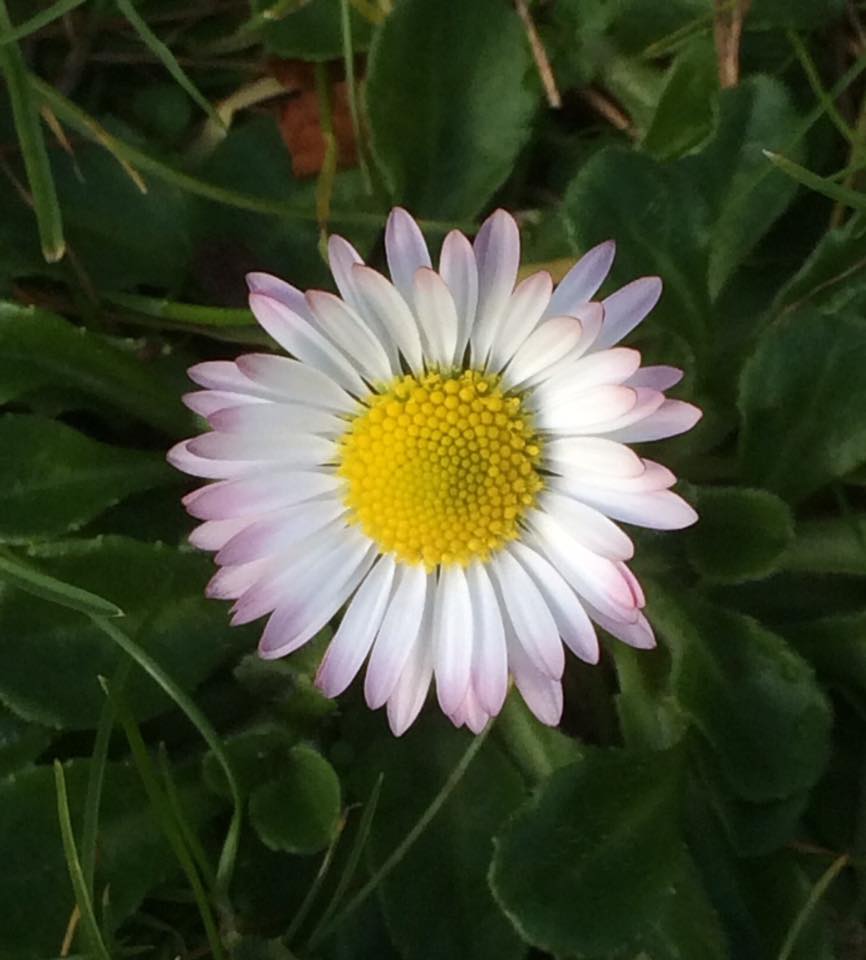 Many of us will remember those lazy summer days of childhood, making daisy chains or pulling each petal out one by one and chanting the traditional mantra of “he loves me, he loves me not!” Was it just us girls or did the boys do this too I wonder? The name Daisy may be a corruption of Day’s Eye as the flowers open and close with the sun, much like dandelions and chicory which belong to the same family. The flower was associated with Venus, the goddess of love, hence the petals could be seen as a divination of affection. In Medieval times women made their knights daisy chains to be worn into battle as a sign of their love and to protect their honour.

The daisy is little used in modern day herbal medicine but as an old folk remedy it has many uses including being a wound healer as it stems bleeding, a diuretic useful for oedema and kidney stones, a cough suppressant and to ease gout and rheumatism. A traditional name for the plant is Bruisewort and externally it can be applied as a salve or cream to bruises and skin conditions such as eczema, bites and stings and even sunburn.

The young leaves contain high amounts of vitamin C and can be added to salads, together with the flowers, for flavour and colour. Daisy tea has a slight lemony taste and is uplifting and refreshing. Use a couple of teaspoons of fresh daisies and add boiled water. Infuse for 5 minutes, strain and allow to cool slightly before drinking. If you’re feeling more adventurous you can make a simple cough syrup by boiling the daisies with sugar and water. Some people are allergic to the daisy, or Asteraceae family, which include dandelions, chamomile, echinacea and sunflower so use with caution if there is any risk of a reaction.