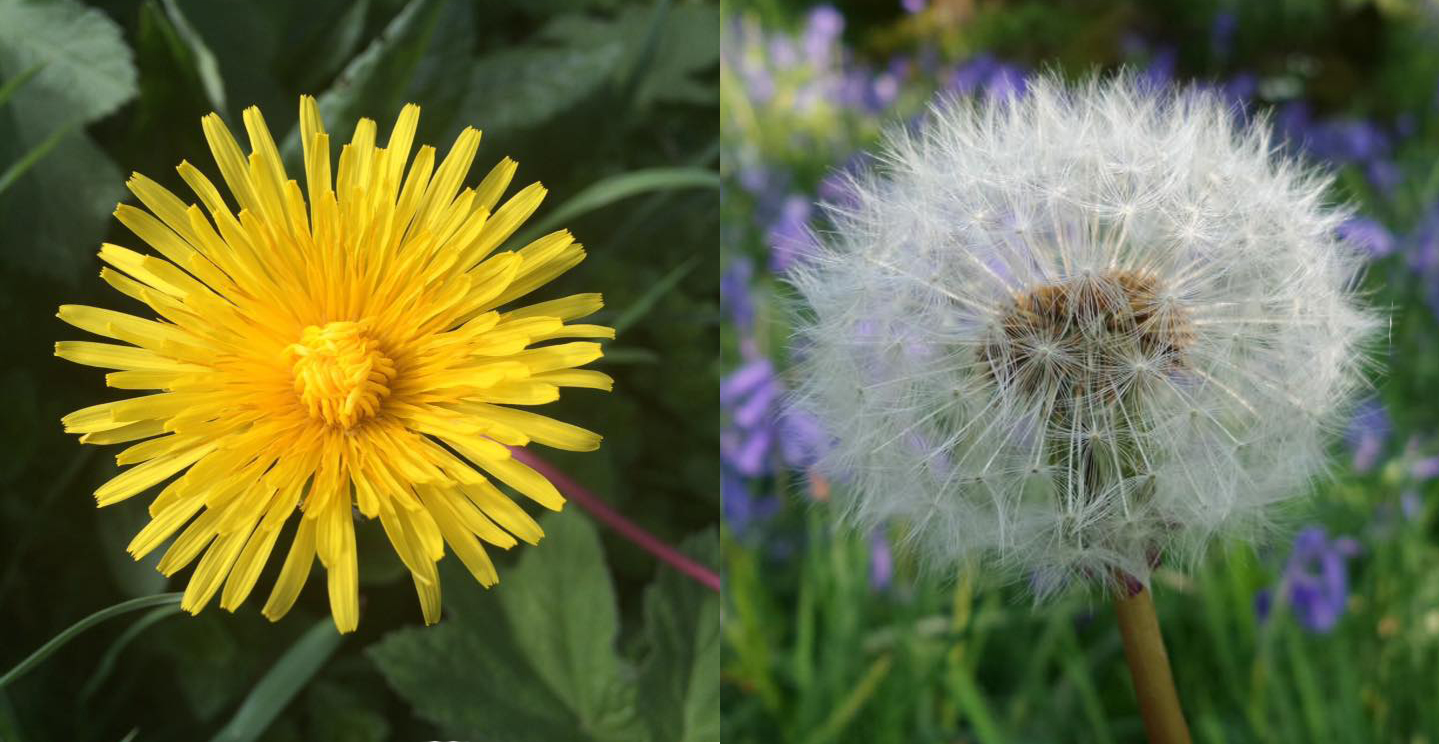 You have to hand the ultimate survivalist medal to the humble dandelion (Taraxacum officinale). The bane of gardeners lives, it demonstrates an extraordinary tenacity and is almost impossible to get the better of. It has a fleshy tap root which grows to around 30 centimetres in length. This has a habit of breaking off instantly when uprooted and a new plant appears seemingly overnight! Dandelions can flourish in the most hostile environments and many don’t even need to be pollinated to produce seeds. Each petal produces an individual seed which comes equipped with its own parachute and can be carried for up to 5 miles. But dandelions shouldn’t be considered a nuisance, they are a fantastic food source and valuable medicine. The root, which can be slowly dried out in the oven and then roasted, contains inulin, a prebiotic polysaccharide which also helps to regulate blood sugar levels. The leaves are quite diuretic and therefore a good kidney support. They even replace the potassium which is often lost through diuresis as the leaves are so high in this mineral. In addition dandelions contain high levels of beta carotene and the minerals iron, phosphorus, manganese and magnesium. Try adding young dandelion leaves, which aren’t so bitter, to salads, or make a dandelion root tea by boiling the root for ten minutes and allowing to cool before straining and drinking