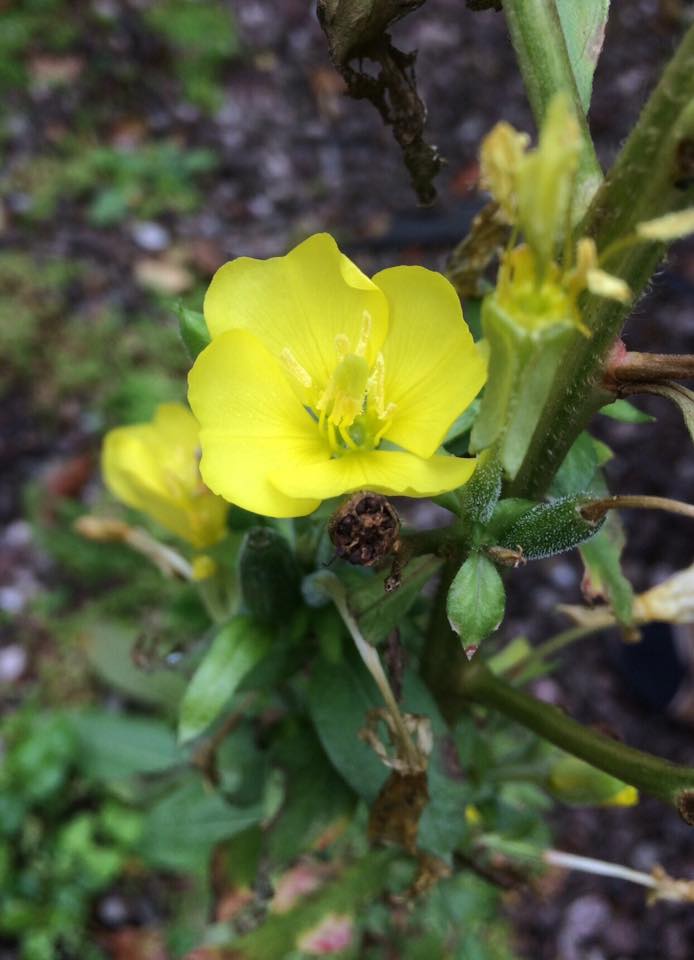 This graceful herb is still in flower even though it is so late in October. It is another plant that grows freely here in my parents garden, although it is unusual to find any whole specimens because a frequent visitor, a red deer who my parents have aptly named Primrose, is extremely partial to the flowers. The plant gains it’s name from the fact that the flowers open after sunset or on very overcast days.

The oil of the evening primrose has many medicinal uses. It can be very beneficial for eczema as it contains omega 6 fatty acid known as gamma linoleic acid (GLA) which has a strong anti inflammatory action. It also appears to have a hormonal regulatory action, and may be taken internally to alleviate the symptoms of premenstrual syndrome and the menopause. In addition it can provide relief from pain associated with menopausal migraines, endometriosis and could even be helpful for labour pains. Evening primrose oil is converted into a hormone-like substance called prostaglandin E1 which has anti-inflammatory properties and is both a blood thinner and blood vessel dilator, therefore it may also be used for circulatory disorders including Reynauds. Other plants which are high in GLA include borage and blackcurrants.

The cold pressed oil from the seeds may be taken as a dietary and medicinal supplement either in capsule form or as an oil, but store in the fridge as the oil becomes rancid very quickly. The shoots and roots of the plant can also be eaten. Because of its blood thinning properties though, it should not be taken with anticoagulants without first seeking medical advice.