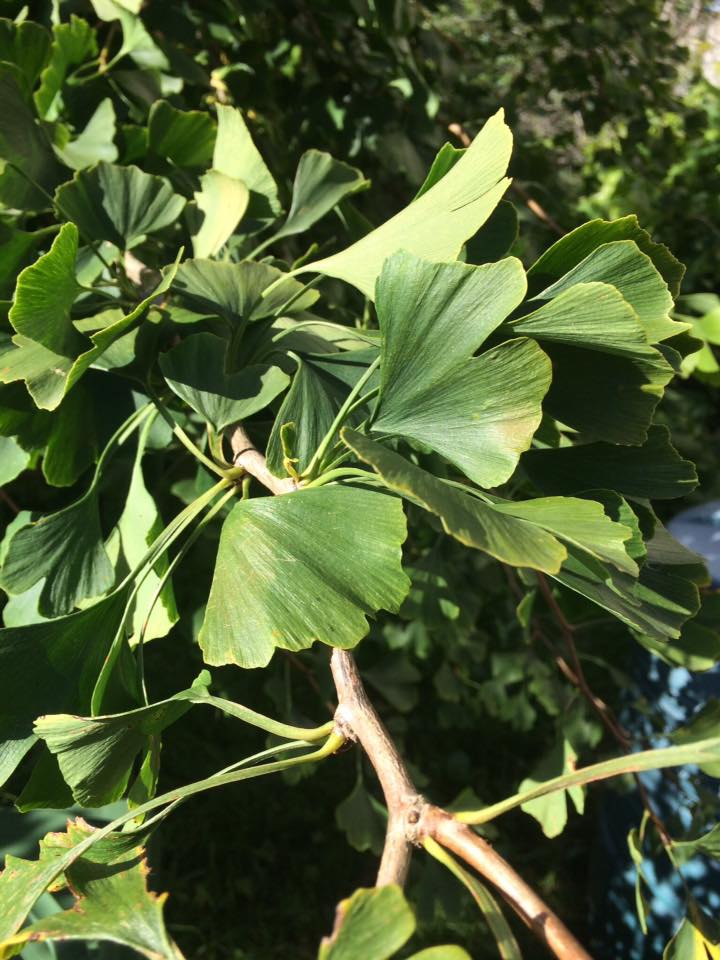 This beautiful tree, also known as the Maidenhair tree, is one of our most ancient plants and is often referred to as a living fossil. Gingko is the only living species in the division Ginkgophyta and has been found in fossils dating back 270 million years. They can grow to heights of 130 feet and live for a thousand years or more. I found this particular one growing in a friend’s garden in the Forest of Dean and was delighted to see it, as it happens to be my most favourite of trees.

In herbal medicine Ginkgo is often taken to enhance memory and there is some evidence that it may delay cognitive decline too. This could prove beneficial in the treatment or slowing down of dementia and Alzheimer’s disease. Gingko contains high levels of the antioxidants terpenoids and flavonoids which protect cells against oxidative damage and may lower levels of harmful cholesterol as well. The terpenoids also reduce the stickiness of platelets and dilate the blood vessels, bringing an increased blood supply to the brain and other peripheral areas. I prescribe it regularly, in conjunction with other herbs and particularly during the winter months, to combat Reynauds disease or for those who suffer excessively from the cold.

You can make a tea from the dried leaves or take in supplement form. Generally it is advisable not to take ginkgo if you are on blood thinning medications such as warfarin or aspirin.