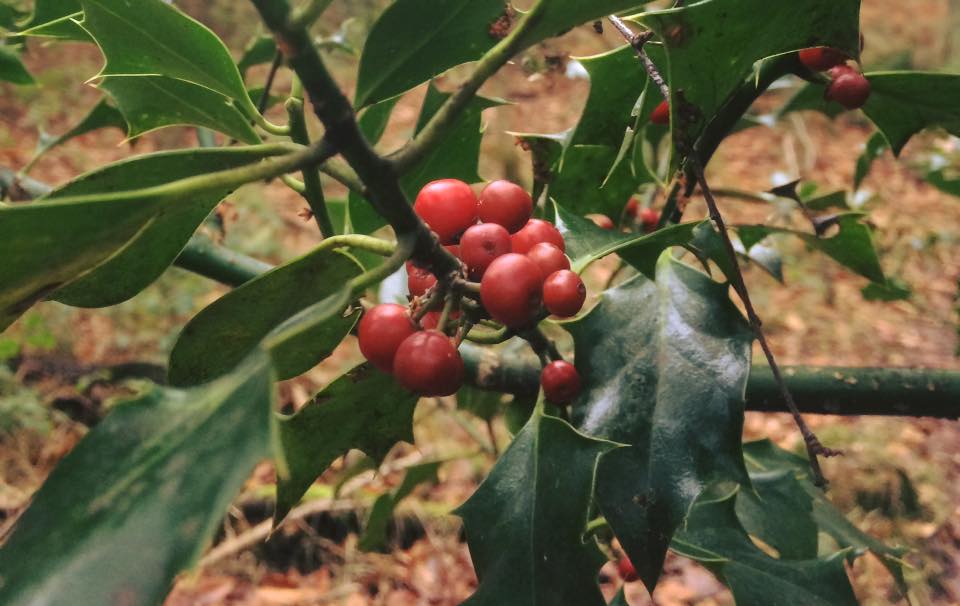 Ilex is the only living genus in the Aquifoliaceae family and consists of several hundred species of evergreen trees or shrubs with dark green, shiny and often prickly leaves. They are found growing mostly in North America, southern Europe or Asia. English holly (Ilex aquifolium) and American holly (Ilex opaca) are the species most commonly used both as medicine and in festive decorations.

The berries and leaves contain high levels of caffeine and caffeine-like alkaloids, theobromine, (also found in Cocoa), and glycosides. In small doses these chemicals act as a nervous system stimulant but in larger doses they can be a depressant. Consumption of holly berries in even small quantities can cause vomiting and diarrhoea.

In Europe, English holly was traditionally used to treat conditions including colic, fever, rheumatism, smallpox, and gout. Meanwhile the American Ilex opaca has been used as a cardiac stimulant by the American Indians and the Chinese used it to treat coronary disease. Preparations of dried holly leaf is still sometimes used for constipation, coughs, oedema and hypertension.

It is believed that holly was first used in Christmas decorations by the early Roman Christians who adopted its use from the Pagan festival of Saturnalia. In Medieval Europe holly signified good fortune and trees were planted close to homes. In addition the berries and leaves were believed to have the power to ward off witchcraft and the evil eye, especially if the holly was picked on Christmas Day!

I have noticed that there are a lot of berries on the holly at the moment and rumour has it that a severe winter is due if holly berries are plentiful. If that is the case it can only be a good thing as the rodents and birds that eat the berries will have a plentiful food supply.