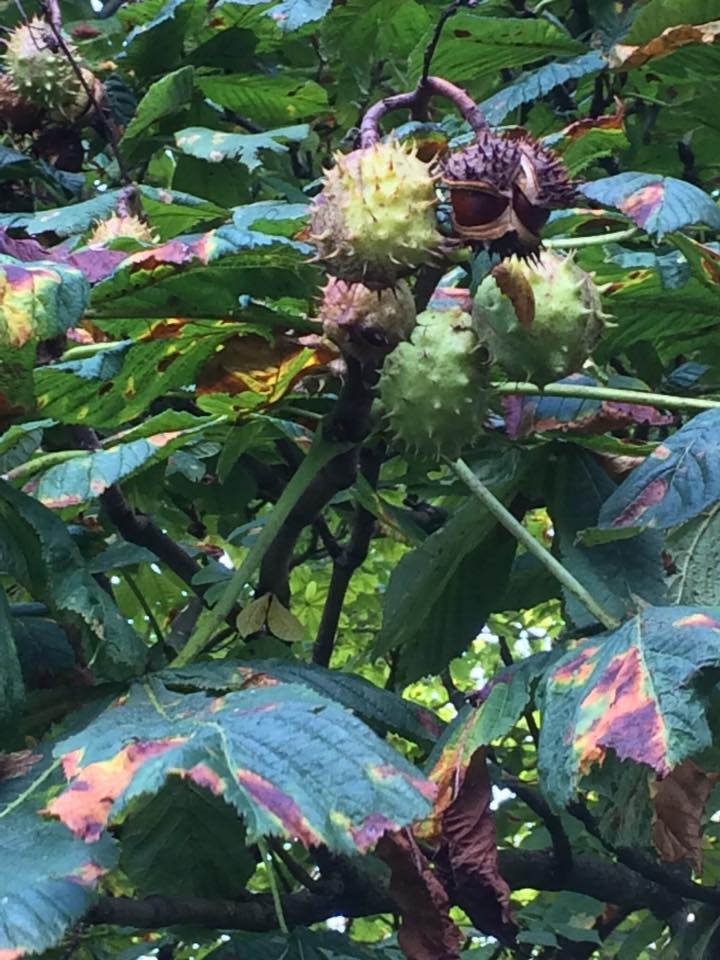 It’s conker season and there’s nothing more satisfying than prising open those prickly, green cases to reveal the shiny, smooth conker inside. And then there’s conker fights, where kids bore a hole and thread string through the middle, before relentlessly bashing and bruising each other in a quest to smash the opponent’s conker. This game brought out the worst in my Dad. Never normally a competitive man, he had to produce the perfect conker to win every time. This involved various techniques including soaking them in vinegar and allowing them to harden and dry. Anyway, he always did win when he played against me, enough said!

It is said that conkers keep spiders at bay and I certainly know of arachnophobes who keep cookers in every corner of the room. I can’t say how effective this is, it may be the saponins they contain that repel insects but there’s little evidence for this.

It is another great tree with medicinal properties but it is one to be used with caution and under the supervision of a qualified herbalist. The leaves, seed and bark of the tree contain chemicals considered to be toxic and should never be eaten raw. I use the herb in tincture form to increase the strength and reduce the permeability of blood vessel walls, and it is very useful for conditions such as varicose veins, oedema and poor venous return. It is also a good anti inflammatory and high in antioxidants.