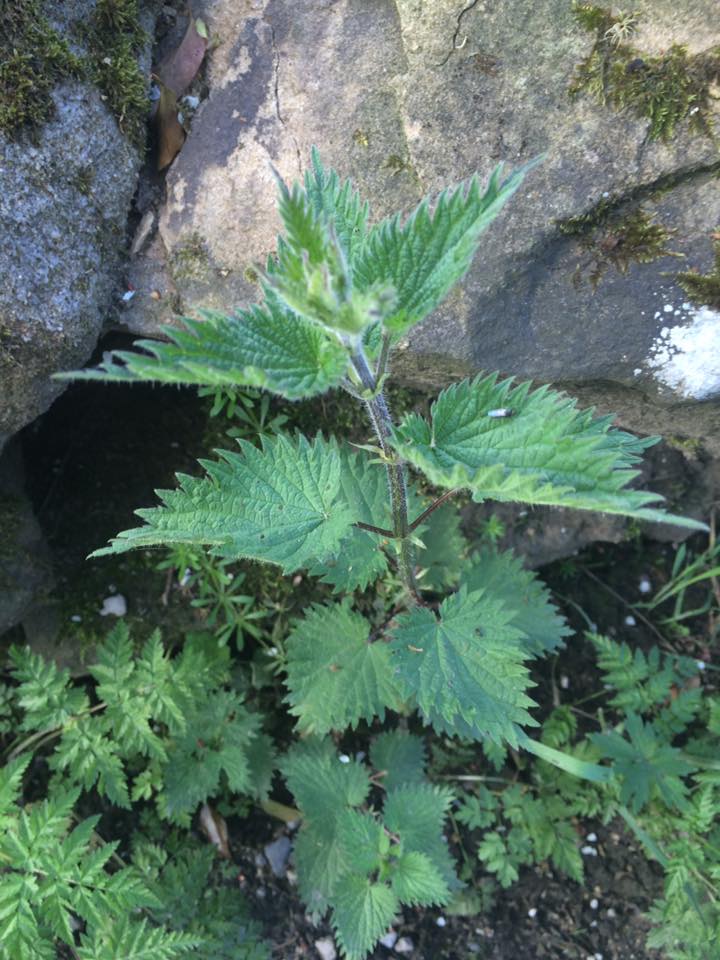 The word Urtica means “to burn” which is self explanatory and dioica means “two houses” which is a reference to the fact that the plant produces separate male or female flowers. Nettles are a powerhouse of nutrients and contain good amounts of vitamin C, iron, boron, magnesium and calcium.

Traditionally used as a blood tonic it is helpful for anaemia and it also supports kidney function with its mild diuretic action and could help prevent kidney stone formation.
Nettles are antiallergenic and can be beneficial in combatting hay fever, mild asthma and eczema. In addition nettles can help remove uric acid crystals in the body which cause the pain and inflammation in gout.

They often grow next to cleavers and the combination couldn’t be a better tonic at this time of year. Snip off a few of the topmost leaves with scissors and wear gloves to avoid the stinging hairs. Infuse in hot water for about five minutes and then drink. It has a pleasant and mild lemony taste. The leaves can also be added to soups and stews but don’t overdo it as the flavour can be a bit earthy and overpowering!