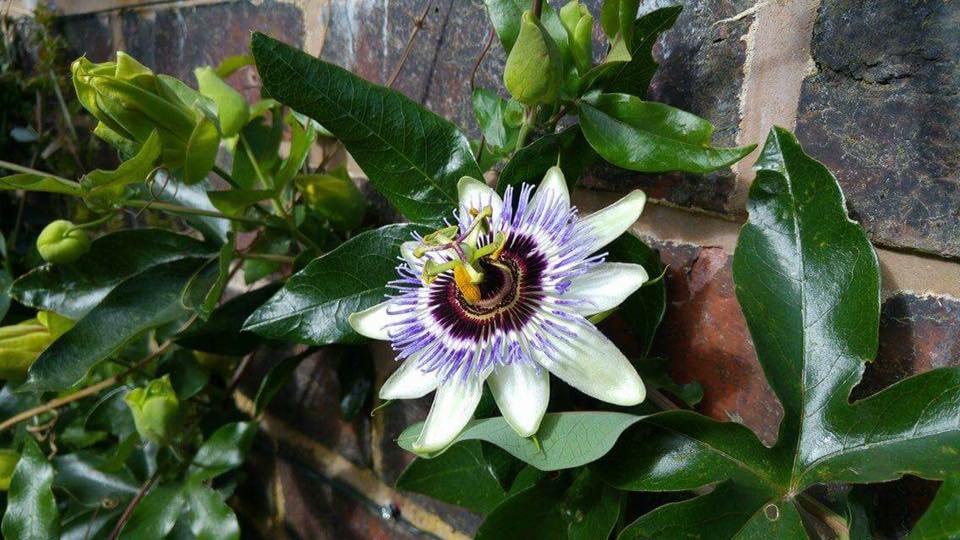 I found this beautiful specimen growing in my friend Val’s garden. The plant was named by the Jesuits, who came across it growing in Peru in the 17th century, and perceived its shape to be symbolic of the crucifixion of Christ. As an indigenous plant it had a long tradition of being used as a sedative.

Today it is used principally for anxiety and sleep disorders and may have a similar effect to benzodiazepines such as diazepam (Valium). It is also a useful muscle relaxant and can be used for upset stomachs and high blood pressure, especially when associated with stress. It is a beneficial herb to use during the menopause and can also be helpful in neuralgic conditions such as shingles.

The best way to take the herb is in tea form and one teaspoon of dried leaves can be steeped for ten minutes and drunk three times daily. Generally the herb is not recommended during pregnancy. Many varieties of passionflower produce edible fruit and the one most commonly available in this country comes from Passiflora edulis. It is slightly smaller than a lemon and very wrinkly and purple in appearance but the insides are absolutely delicious. It is a valuable source of antioxidants and other vitamins and trace minerals.