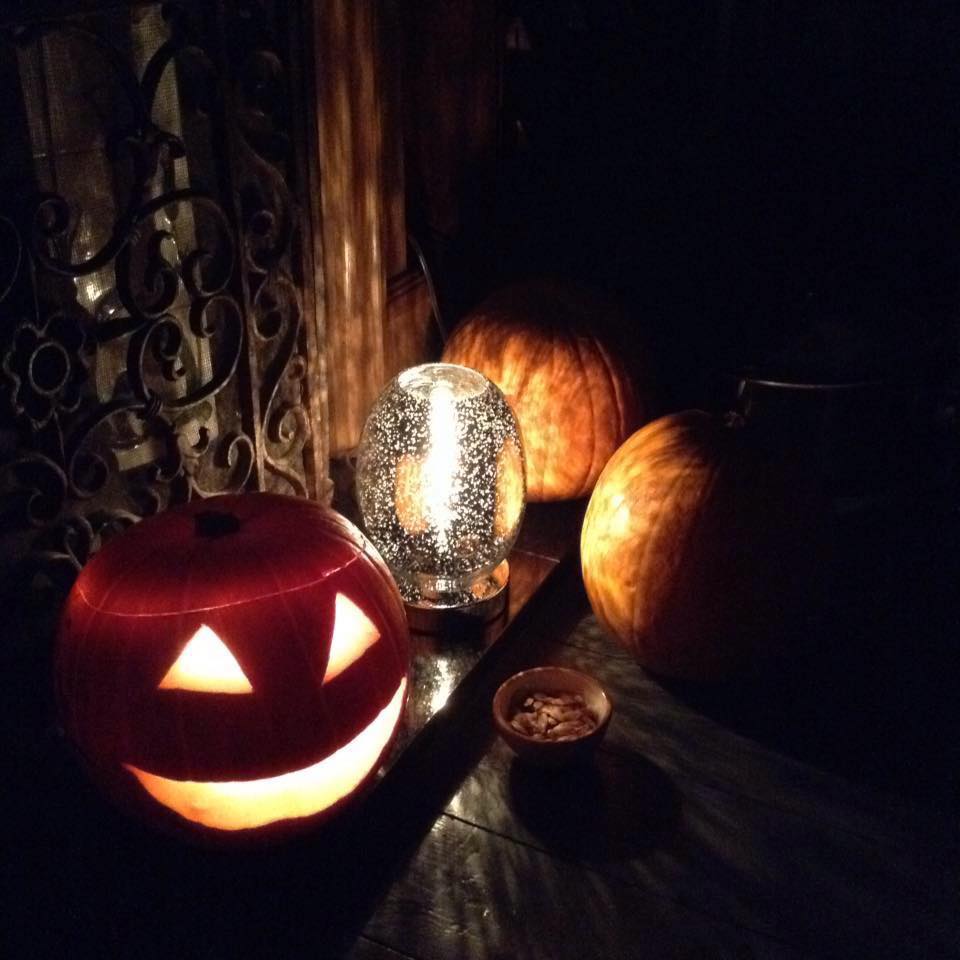 Pumpkins are a part of the gourd family which includes cucumbers, melons and courgettes. It is in fact a fruit, (they contain seeds), although they are usually regarded as vegetables. Pumpkin carving originated in Ireland, where turnips and potatoes were carved as part of Samhain. Once the Irish immigrated to America they discovered pumpkins, or jack ‘o lanterns, which they carved instead.

The pumpkin is believed to have originated in the Andes and Mesoamerica where there are numerous archaeological records of it being used medicinally and as food. From around 5,500 BC it was used variously by native people as a topical paste to heal wounds, a kidney tonic and as a medicine for urinary tract infections. As a food source it appears that only the seeds were eaten, maybe because the flesh of early gourds were very bitter to taste. However, later on, as pumpkins started to be selected and bred for a sweeter taste, records show the flesh and even the flowers of the gourds being consumed. Traditionally the pumpkin would be sliced and roasted in strips which would then be dried and used as a winter food. Even the outer casing would be dried and used as vessels for carrying water and as food bowls. Nowadays pumpkins are grown throughout the world and are very hardy and versatile plants.

Pumpkin seeds are little powerhouses full of zinc, magnesium and omega 3. They are also an excellent source of protein and fibre. Try roasting the seeds with allspice or cinnamon for a snack that even the kids will eat. Spread the seeds thinly onto grease proof paper placed on a baking tray, coat with melted butter and your chosen seasoning and roast in the oven on a low temperature for about 20 minutes, (or longer if you like that extra crunchiness). They can be stored in an airtight container and will remain fresh for a week or two