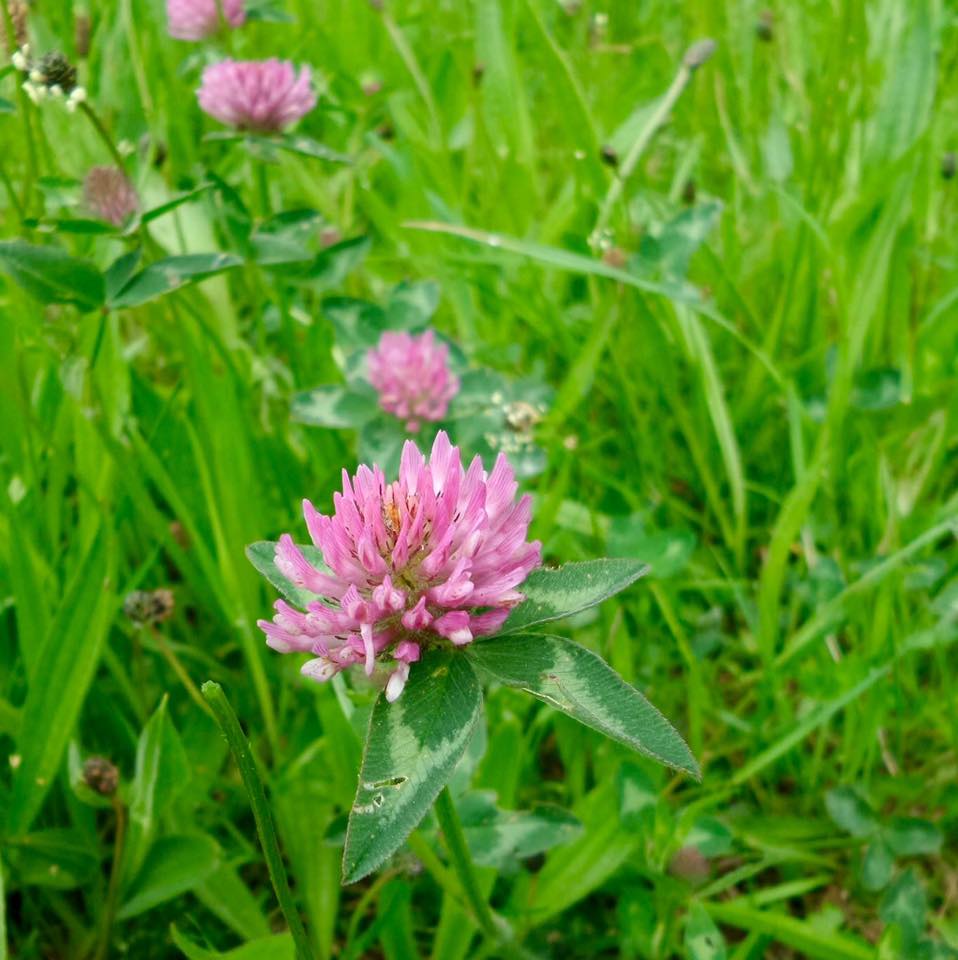 Red clover (Trifolium pratense) can be found in flower in our local meadows at the moment. In common with other members of the legume, or pea family, It is a nitrogen fixer. That is it has the ability to take nitrogen from the air and “fix” it in its root nodules and this in turn enriches and improves the quality of the soil. The plant contains natural oestrogenic compounds know as phytoestrogens as well as calcium, chromium, magnesium, niacin, phosphorus, potassium, thiamine, and vitamin C.

Because red clover is a rich source of isoflavones, (chemicals that act like the hormone oestrogen), it is frequently used in the menopause to help with hormone balance and alleviate symptoms such as hot flushes. It may also be beneficial for cardiovascular health as it increases blood flow and it has been traditionally used as a cough remedy in children. In addition it can be used in the treatment of eczema and psoriasis and I have had good results with it in alleviating chronic eczema, using it both internally as it supports liver function and externally applied as a salve or cream.

Make an infusion of fresh flowers by adding boiling water and steeping for five minutes. Strain and drink two to three cups per day.