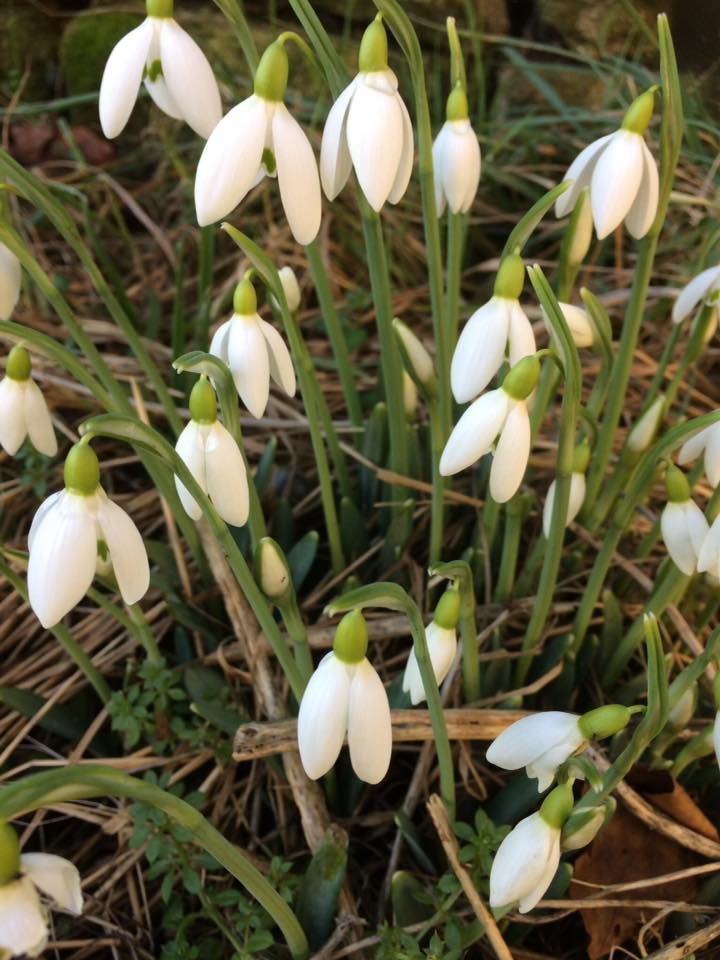 Seeing the first snowdrops of the year is so heart-lifting and indeed the flower is also known as the Flower of Hope. It is not a native, rather an alpine plant that is accustomed to snow and cold climes. It even has a little protective leaf at the top of its stem to push through the snow as it emerges.

An old legend tells of Eve, having been banished from the garden of Eden and encountering her first sight of snow was found weeping by an angel. He took pity on her and blew onto some snowflakes turning them into snowdrops, telling her it was a sign of spring to come.

Snowdrop was traditionally used in the treatment of polio in Bulgaria and there is plenty of anecdotal evidence that it reduced the incidence of paralysis from this condition. As such it has generated interest for the treatment of neurological conditions such as neuralgia, MS, ME and Parkinsons. In addition snowdrop lectin is undergoing research as a possible agent for combating retroviruses such as HIV/AIDS.

In the Caucasus mountains a variety of snowdrop (Galanthus woroniwii) has long been reputed to strengthen the brain and promote youthfulness. The alkaloid Glanthamine, found in the bulbs, has been found to slow the development of Alzheimer’s disease. A synthetic form of Glanthamine is marketed under the name Reminyl for the treatment of mild to moderate dementia. Decreased acetylcholine, a neurotransmitter, is associated with the condition and Glanthamine increases levels of acetylcholine which may lead to improved memory.

However snowdrop is not a herb to be taken or prepared at home, the bulbs in particular contain toxic compounds which may even be fatal if ingested in quantity.